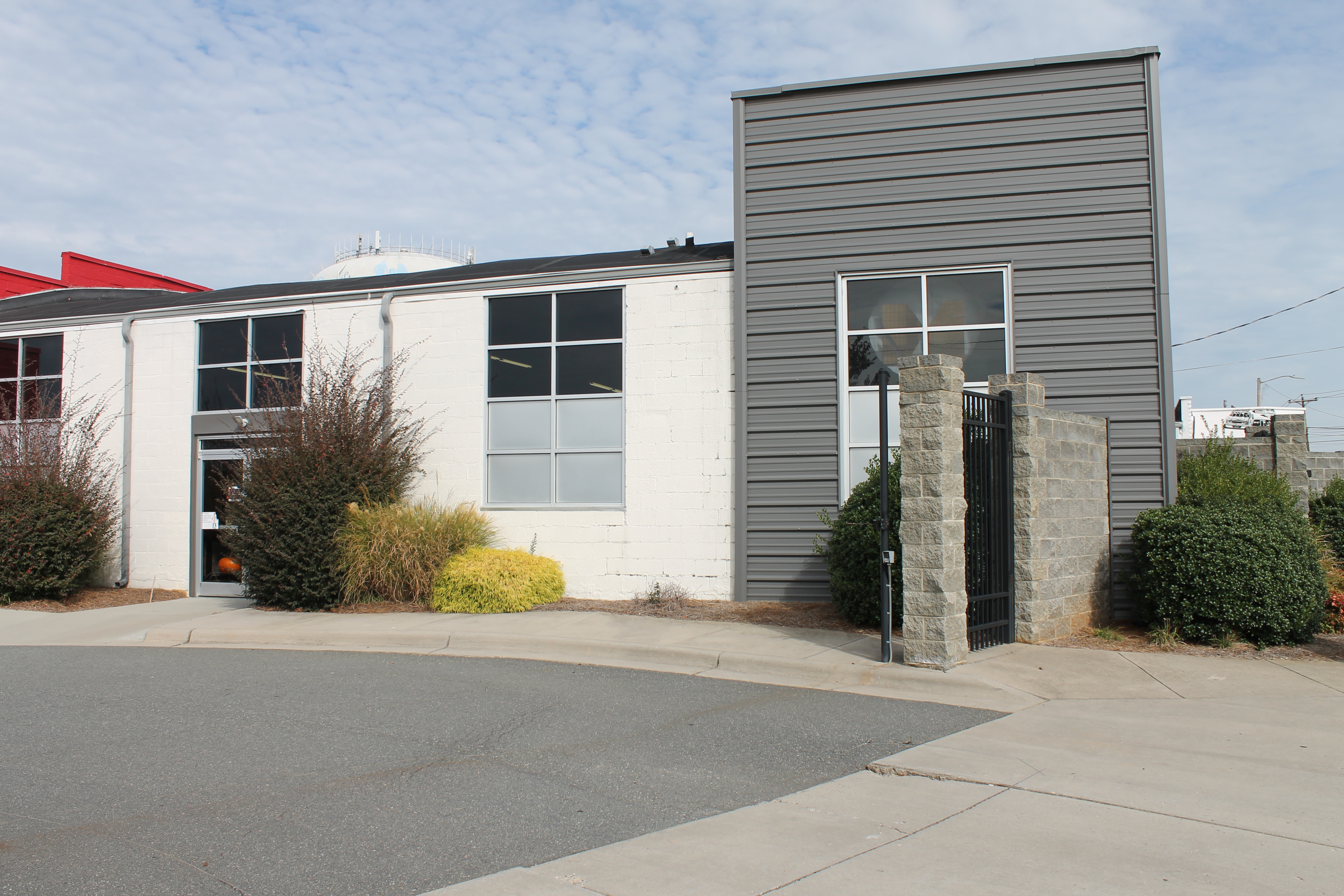 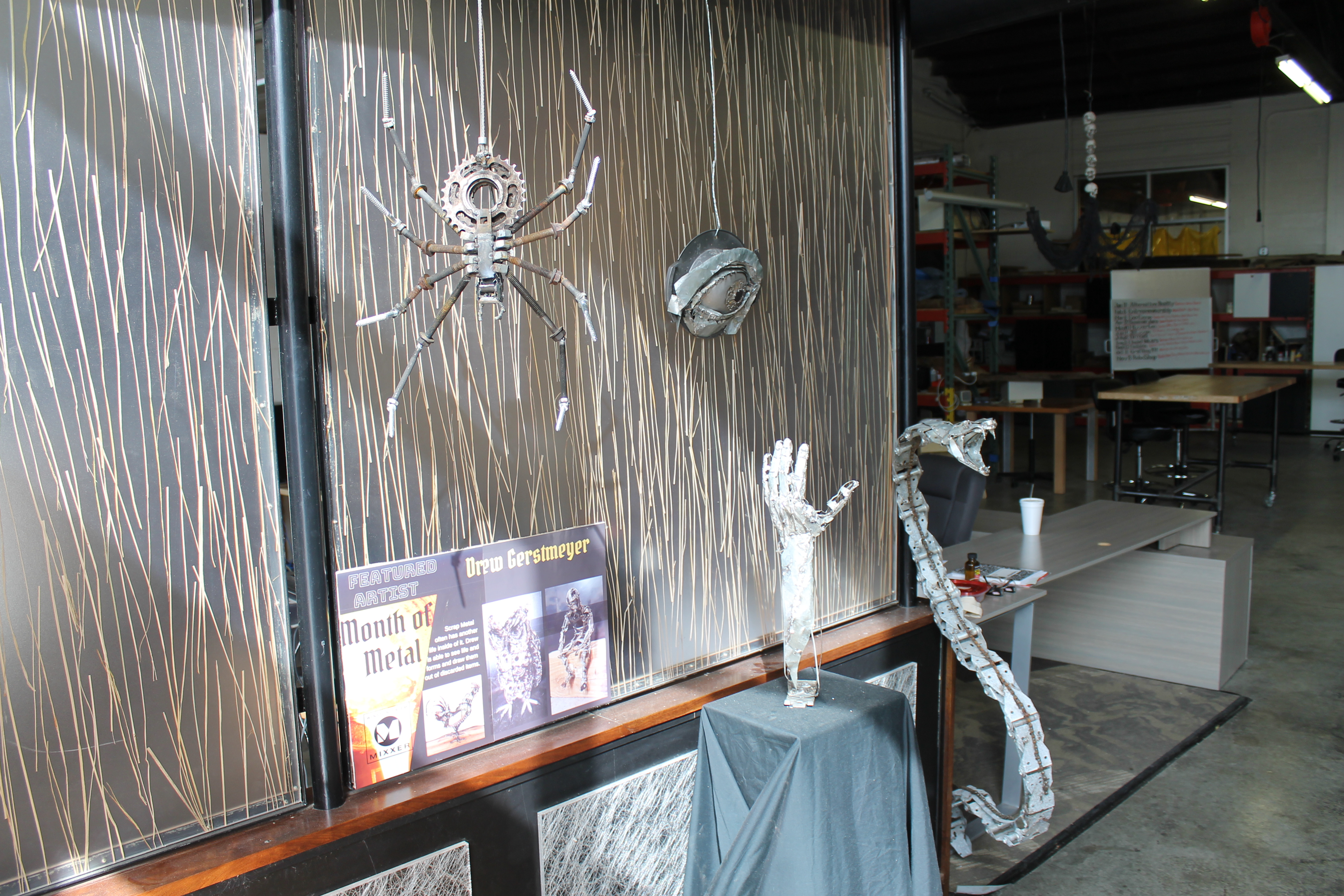 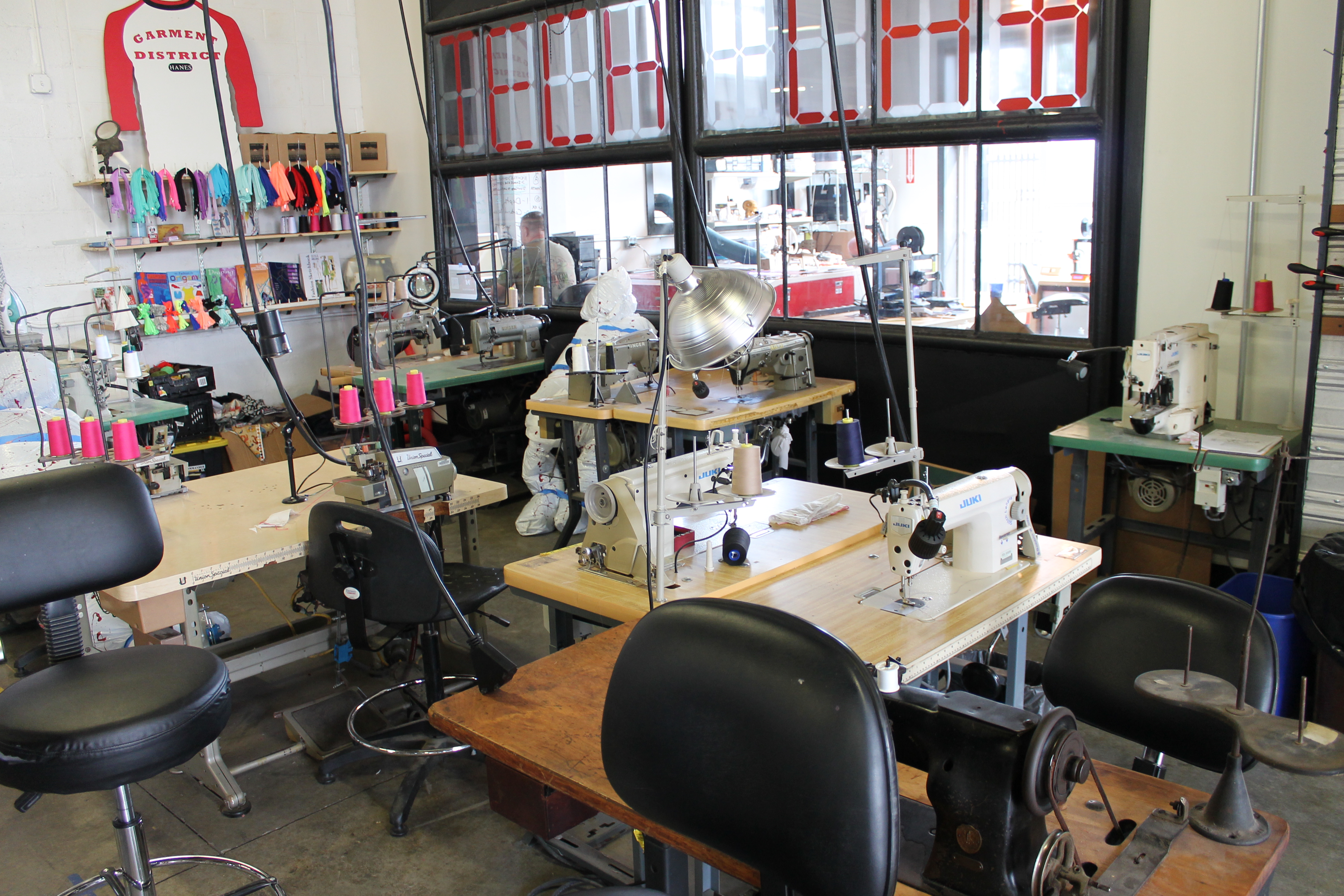 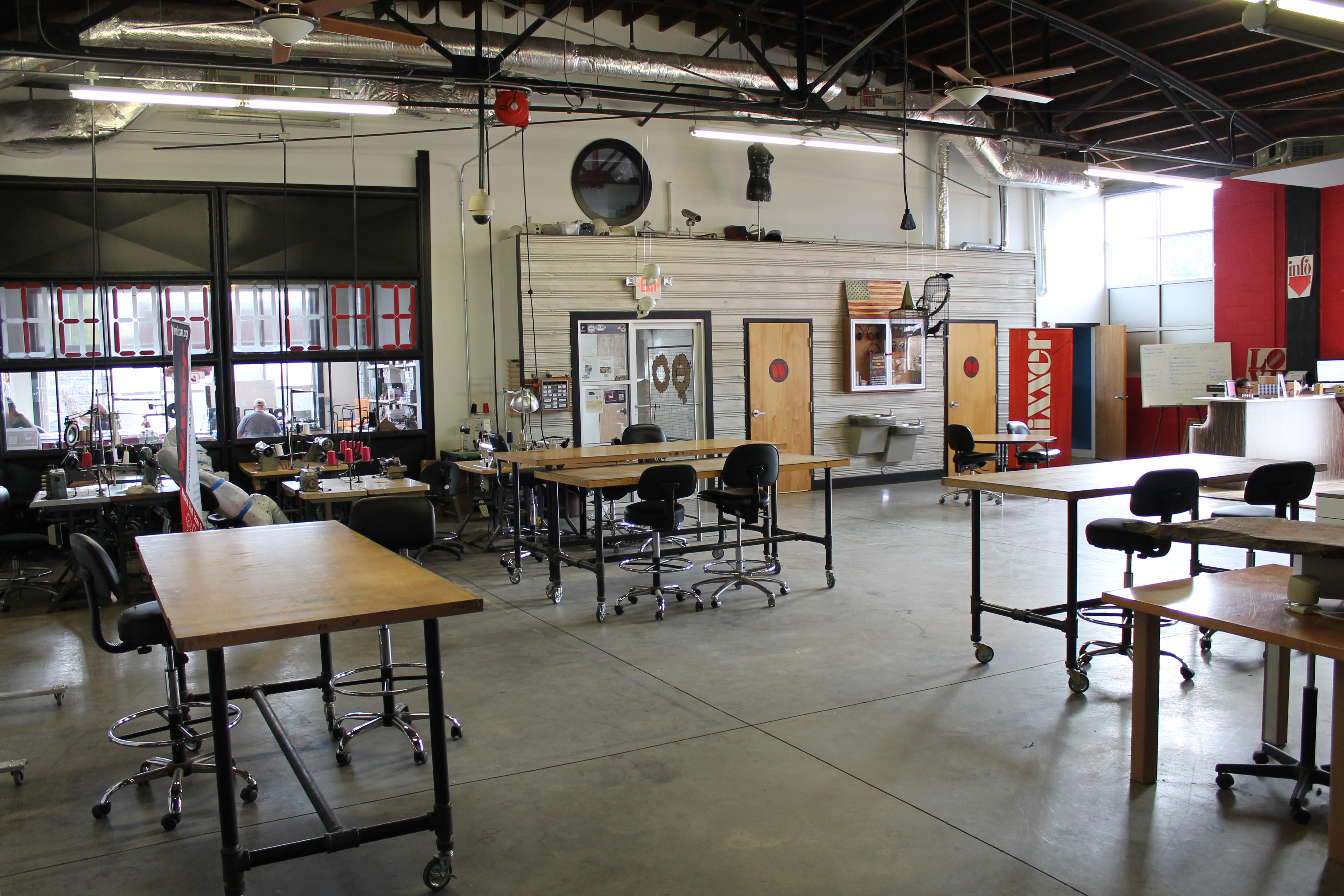 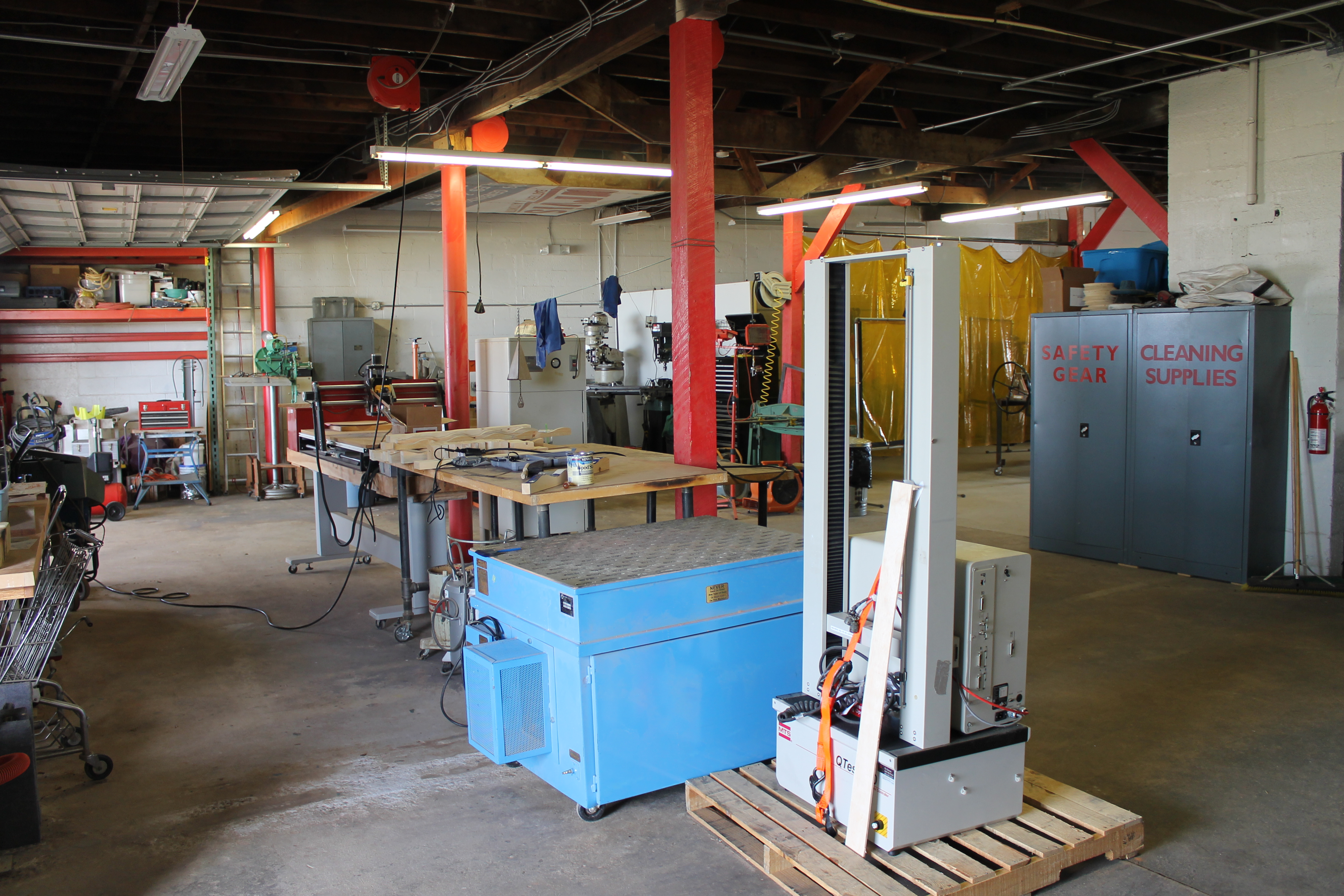 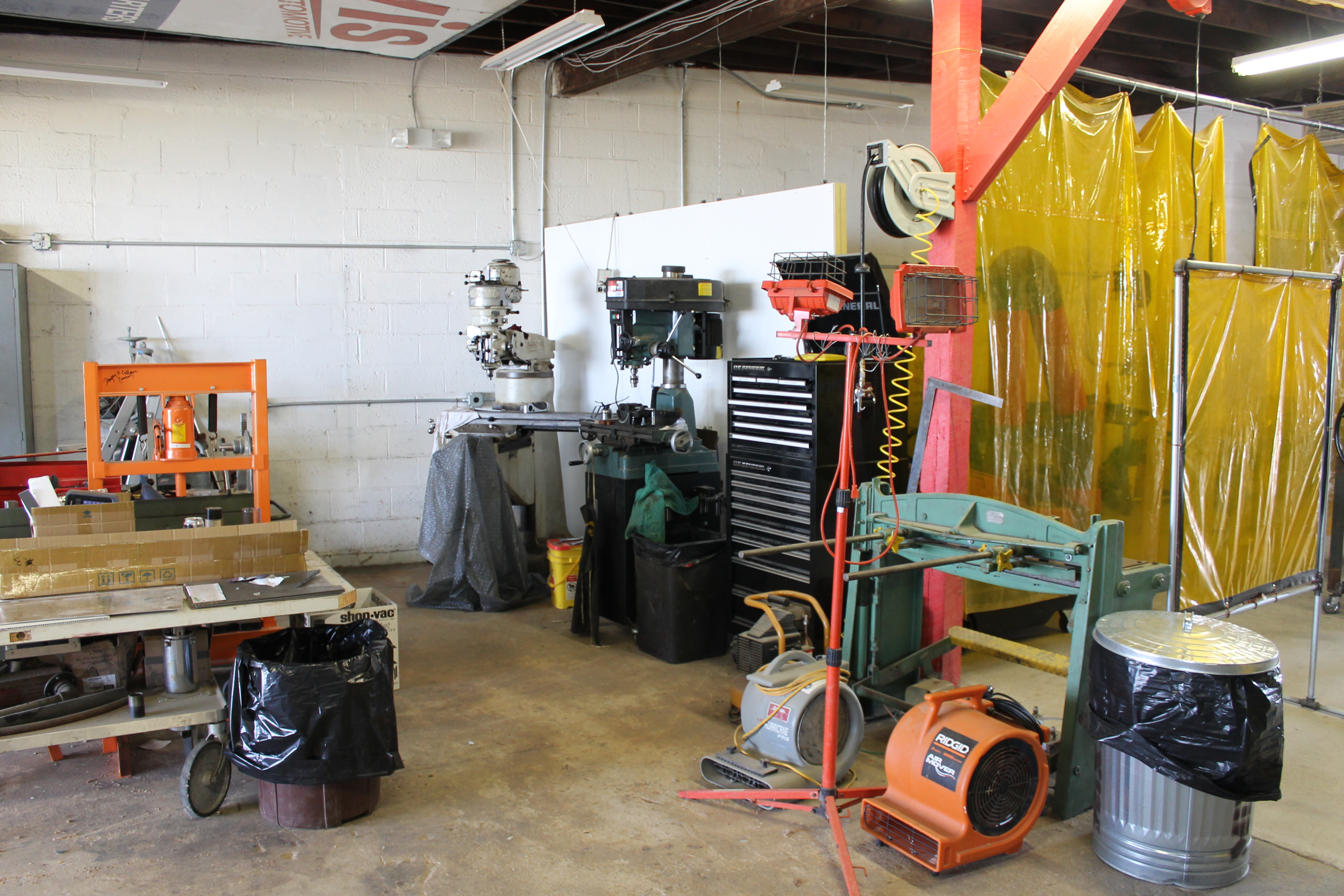 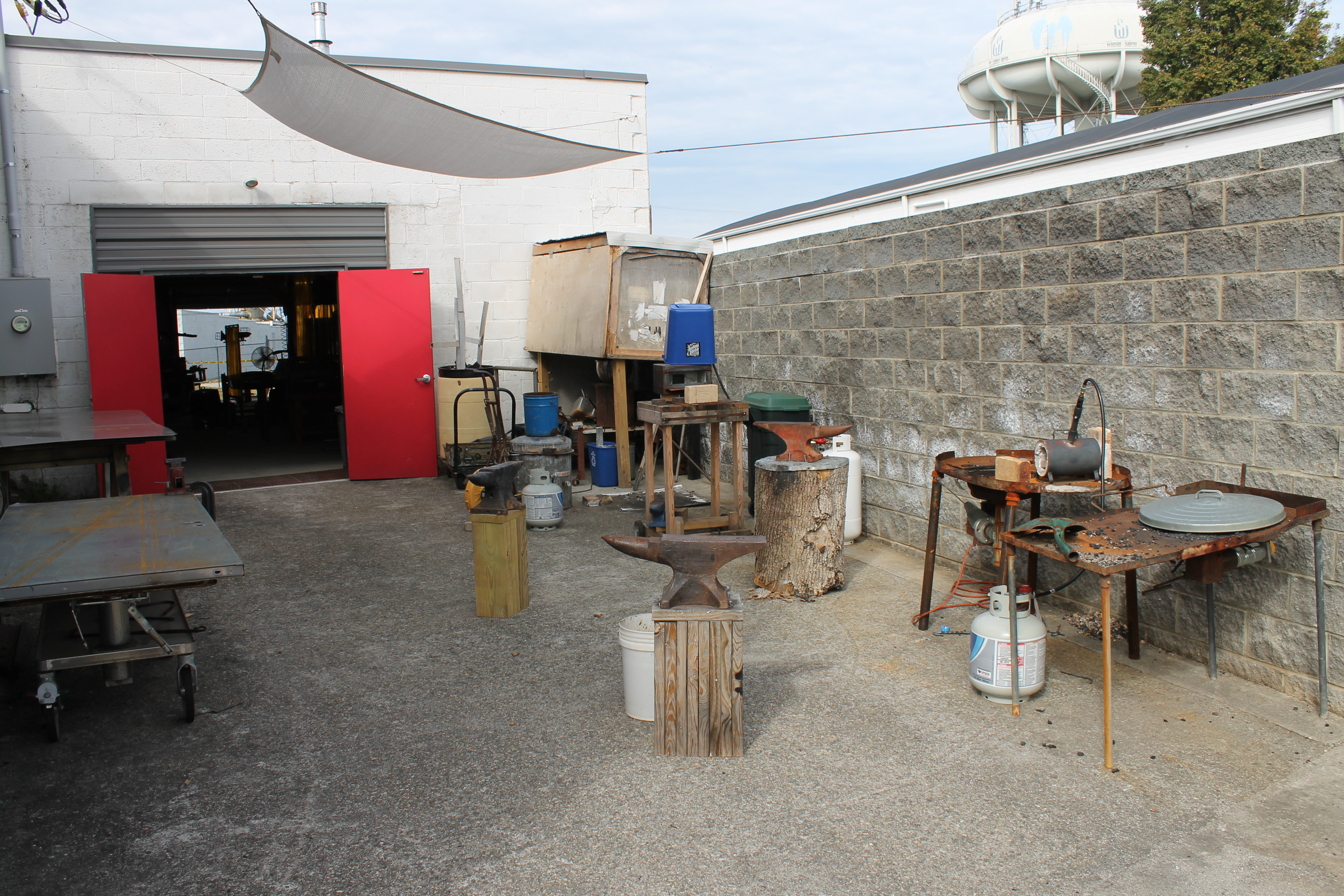 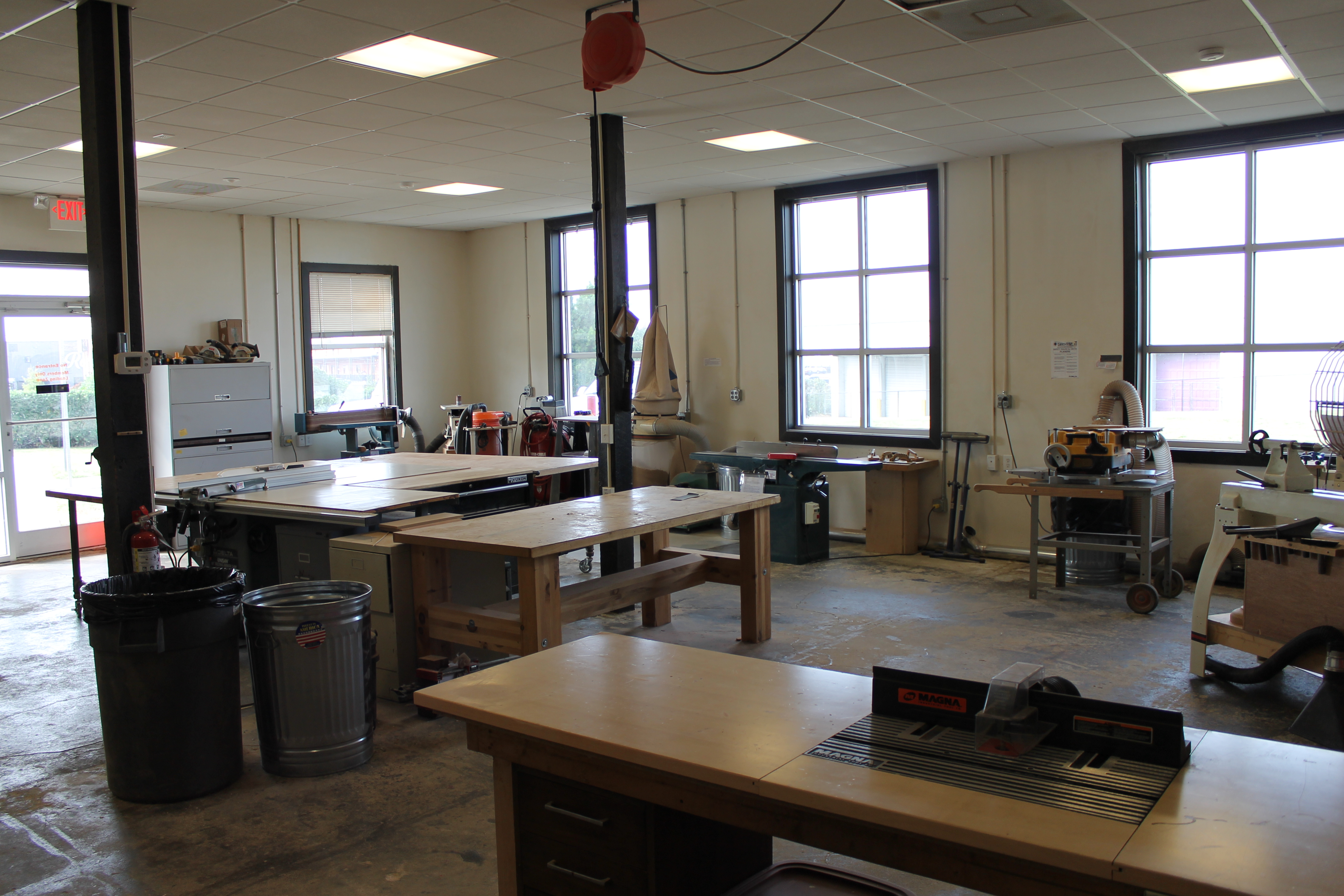 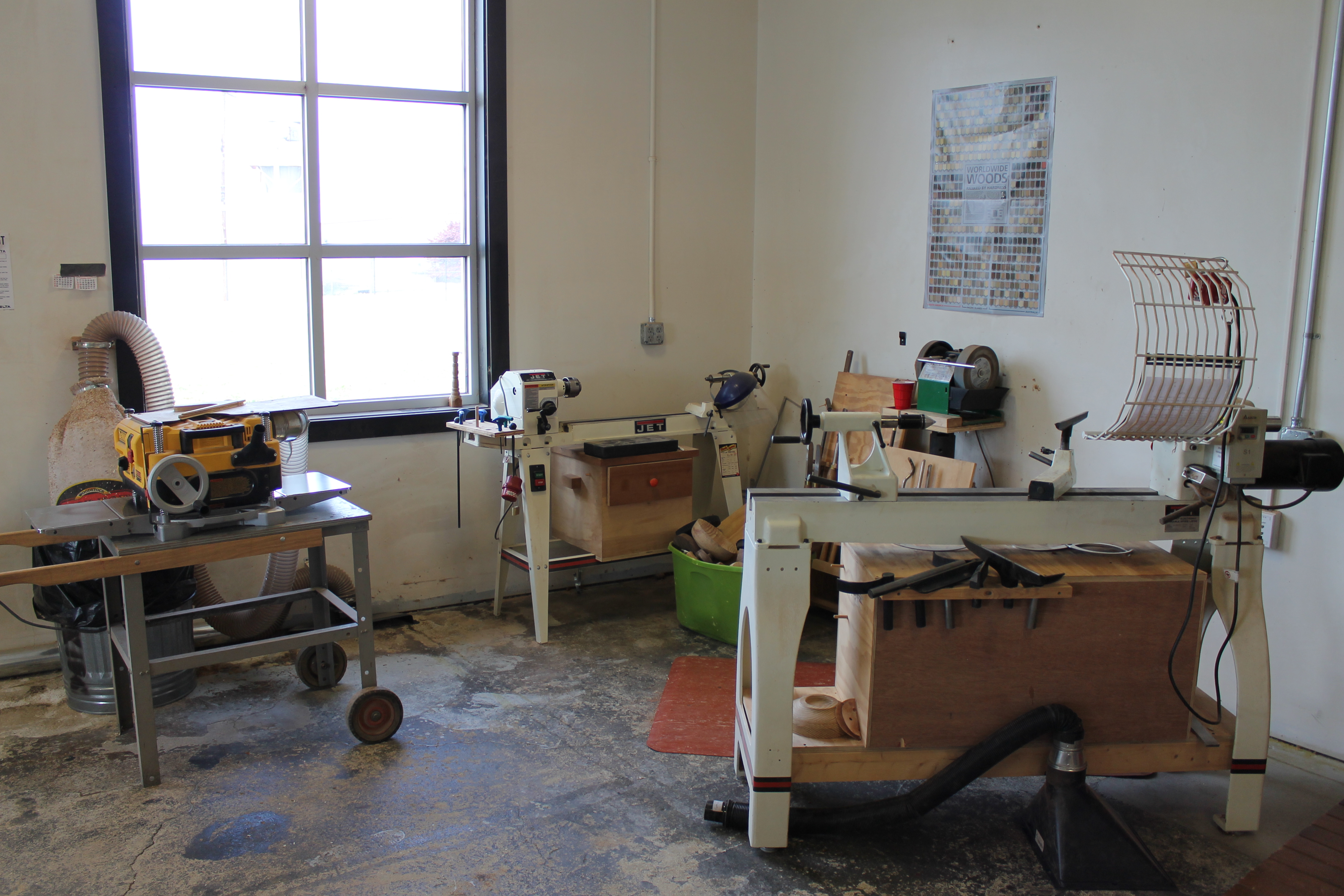 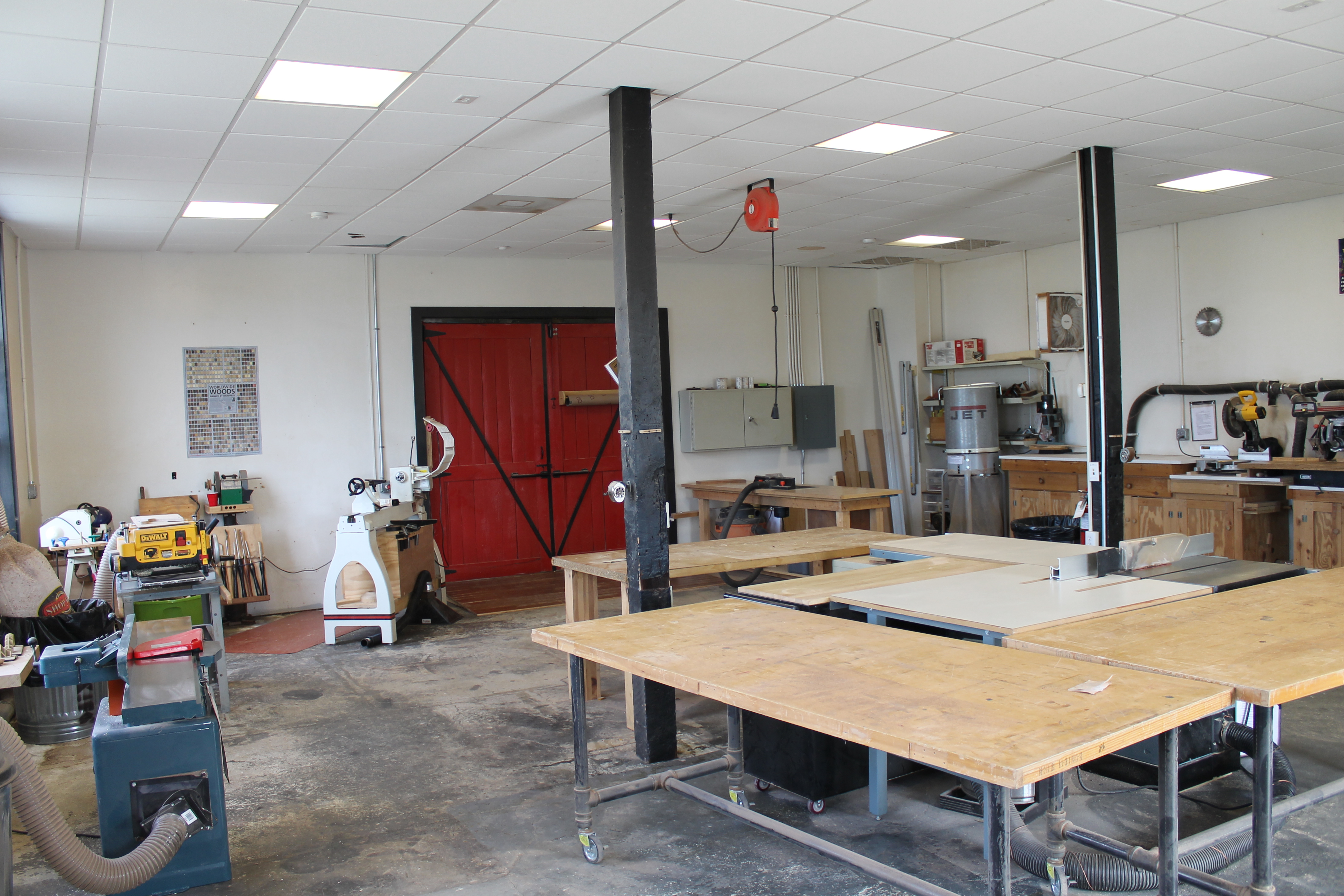 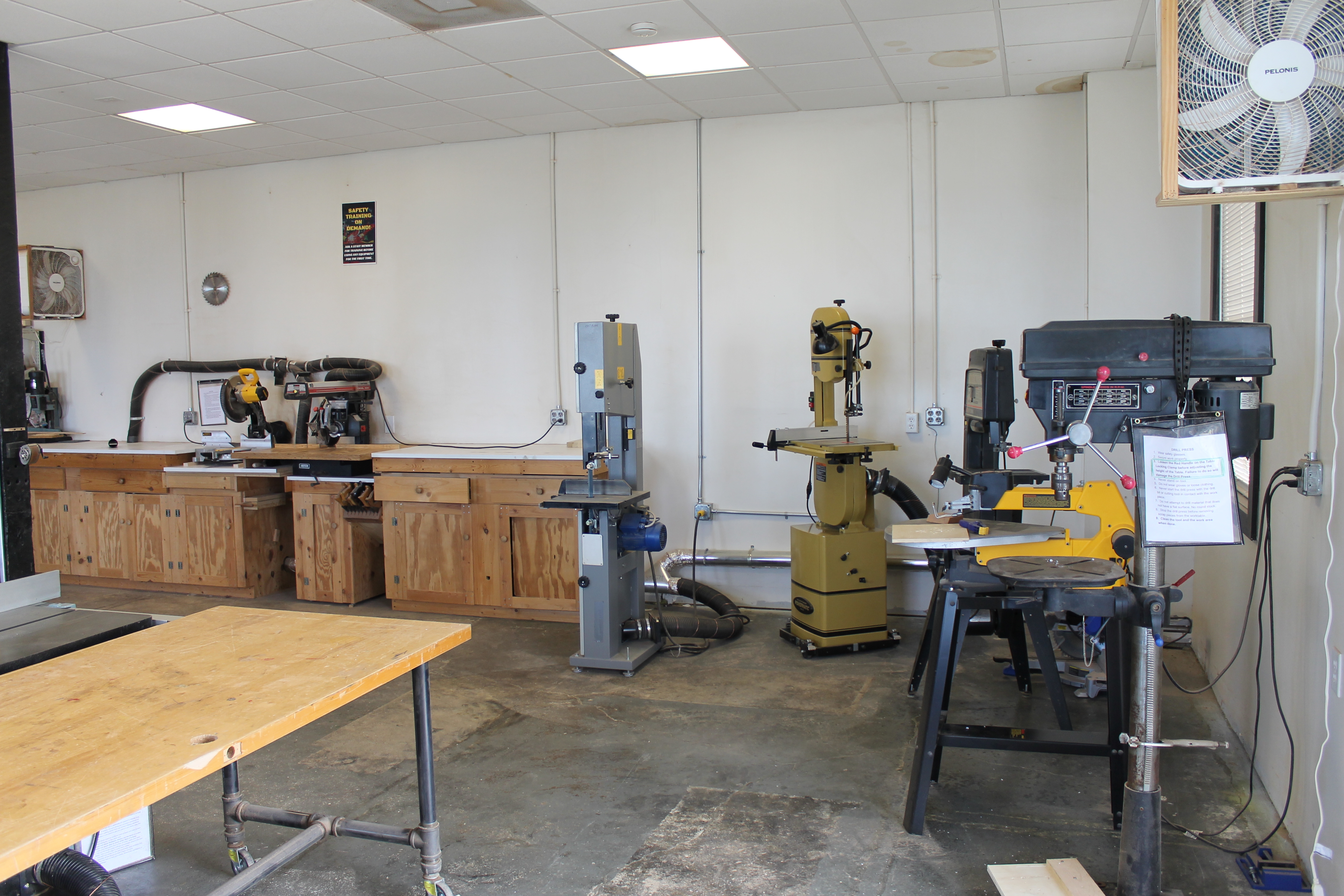 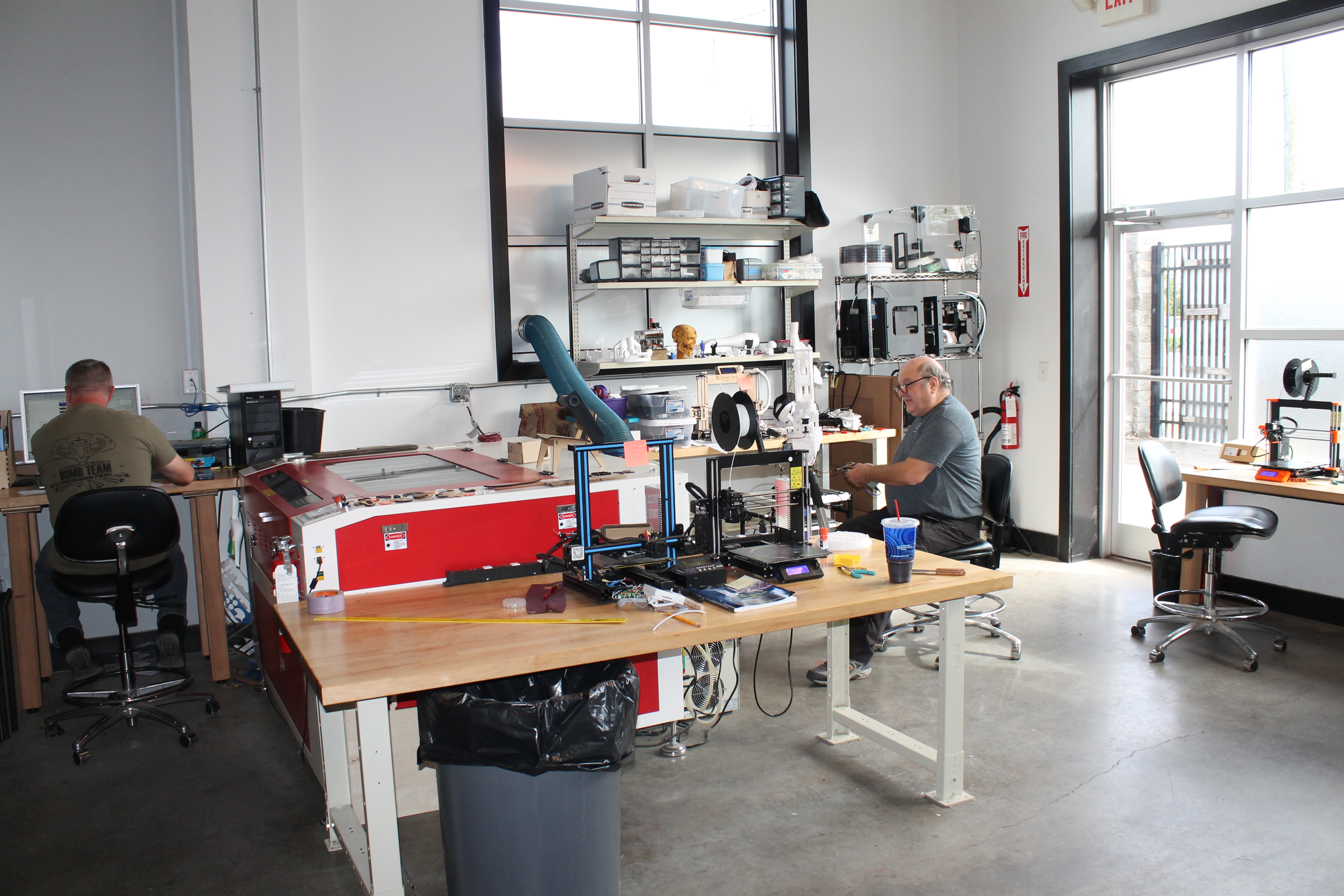 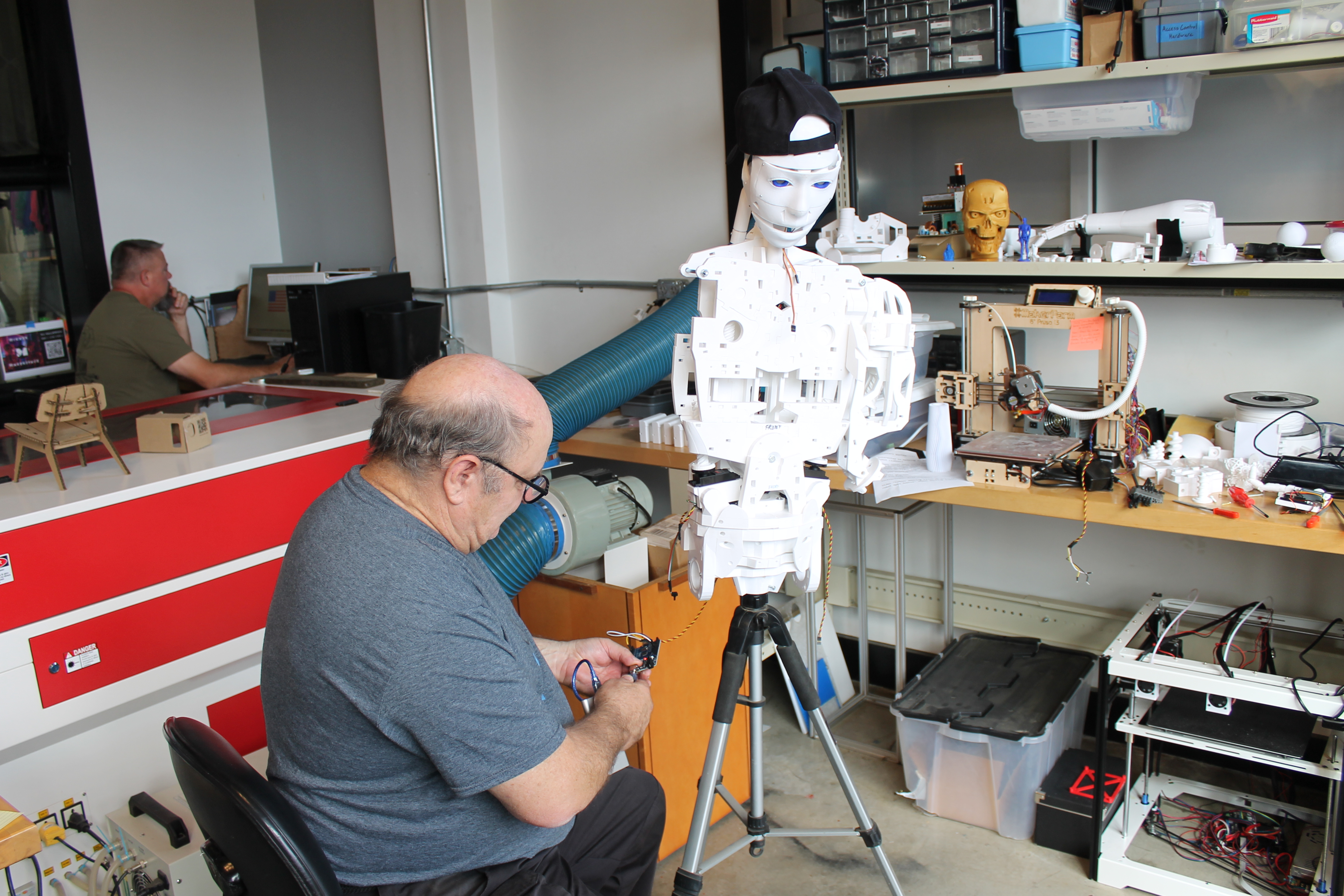 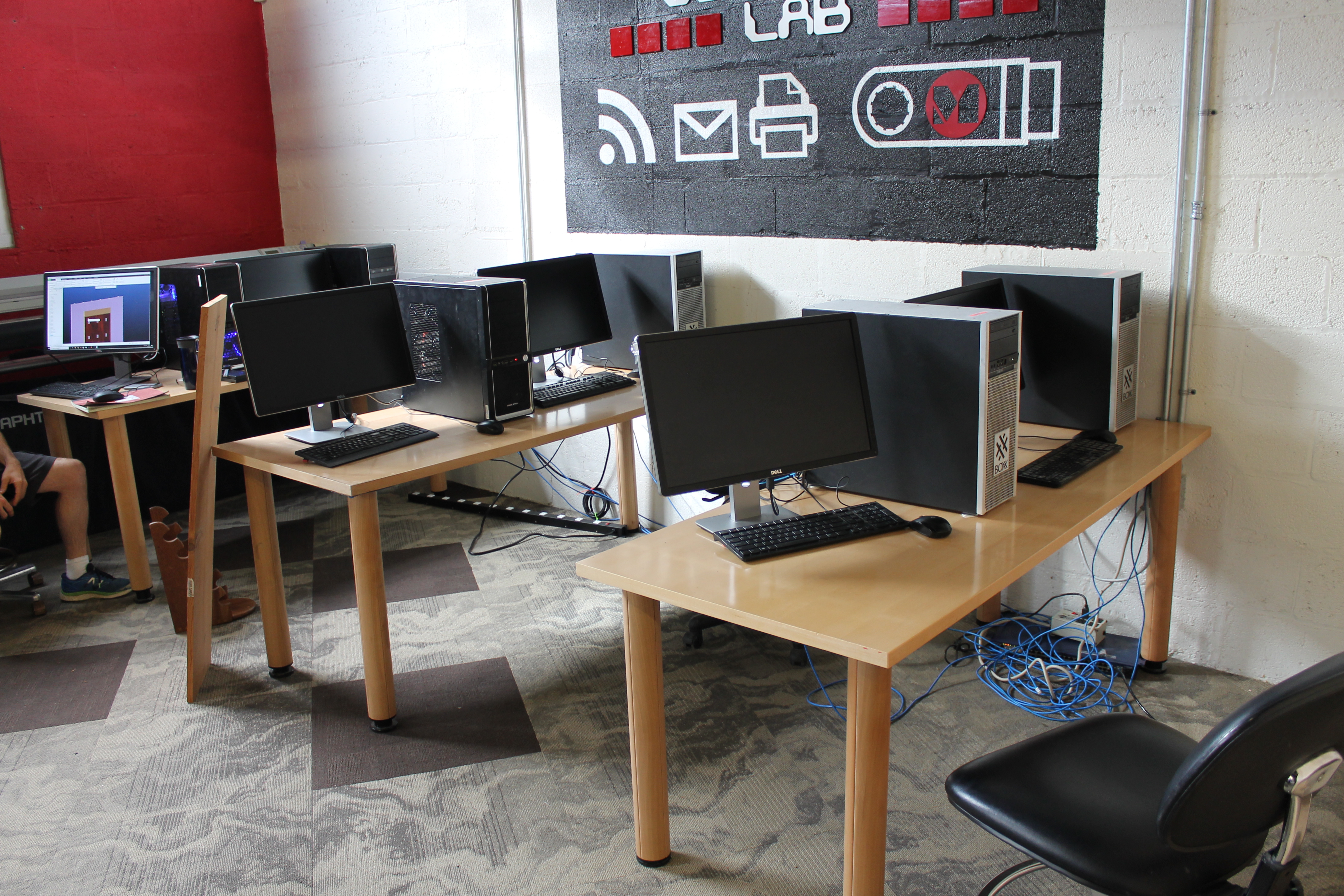 What is the background of Mixxer and how long have you been operating?

January 1st of 2014 my New Years resolution was to stop talking about how cool it would be if someday Winston-Salem had a maker space, and actually do something with that idea. So 4 years and 6 days later on January 6th of 2018 we opened Mixxer to the public. On that day we opened a maker space that had no tools. The tools that we did have were all bunched up in a room. We had been generating momentum and awareness in the community, and so on that day all of these people that had been waiting for us to open started joining. They came here and together we built all of this. We built the tables. We built the computers that are sitting on these tables. We built all of the fixtures in our rooms. Over time and the next three months we went and picked up tools in our cars and trucks , and we brought them in here and we set them up and we made everything work. This was a collection of people working together to build all of this, and we intend to maintain that spirit as we move forward. If you have the right tools you can make a bunch of nice things without spending a bunch of money.

What has being a part of the Winston-Salem community been like for Mixxer?

Do you have a mission if so what is it?

MIXXER is an inclusive community makerspace that makes available resources that allow people to explore their creativity and curiosity. MIXXER is for anyone that needs a safe comfortable place to make things; whether it is an electronics project, sewing, woodworking, metalworking, if you are a lone maker, hanging out with friends, or a parent/child project. MIXXER is where you can explore your creative side and meet creative people.

What is Mixxer known for?

Mixxer is known for being a place for anyone. People from all backgrounds can come here and all their problems and differences do not seem to make it through the door. Within our community of people who come here we are known for collaboration, and connection. We are a place of empowerment, connectivity, of unity in a time when unity is not the status quo. We get a lot of calls from people who need a connection to makers. They have an invention or a product design and they need access to someone who can 3D model. Jeremy over there is designing products right now. It is bordering on a hobby, but he is actually an entrepreneur so once he gets all of this made, this is something he is designing to help him with his business. We are an entrepreneurial hub, and a creative hub

What is the most fun thing to do in Winston-Salem?

Your personal favorite thing to do in the space?

The Iron Pour! When we are casting Iron it takes ten people to run the furnace, and to carry that heavy molten iron. Sparks are going everywhere and there is fire and it is 3000 degree liquid metal splashing around. It can be pretty exciting. It is fun for us doing it. It is also fun for the audience to watch. We were lucky enough to have an announcer to explain what was going on. The announcer explained to the audience what was happening, so that event was a hit. We did it September 28th this year. So hopefully we will do it in September again next year. Artist who cast metals tend to flock together because they tend to rely on each other to be able to do their thing. When artists get together there is usually a certain energy that if you are an artist and you have been around that energy it is like a moth to a flame. You just want to be there and that is what happens here!

If Mixxer was a superhero what powers would it have?

Elaine came up with a great superpower! If mixxer had a superpower it would be the ability to give anyone superpowers! No matter anyone’s background or skill level you can come into Mixxer and learn how to 3D print or Weld. The other week we had a group of four middle age women come in with no welding background at all. After a couple of hours they left here extremely empowered and extremely happy all knowing how to weld. There is no other place you can go into and come out of with the ability to create and design whatever you want.

What is the coolest thing you have seen somebody make in Mixxer?

Pick a day! We had a guitar makers come and in the Connexpo in August we had a guy who takes 6 months to build one guitar and everything is perfect and pristine right beside a guy who builds guitars out of cigar boxes! They are not necessarily as pristine as the other, but there is still a certain level of precision. Beside them there is another guy who will build a guitar out of a piece of trash he picks off the side of the road. He does not care, they are slapped together, but every now and then he will get one that just sounds amazing! His guitars are just for people who want a fricken guitar! We have a guy building a 3D printed robot. We have Jeremy building a yoga wall. People build things to solve their personal everyday problems, and obviously people problems vary widely. This one guy was here the other day making a tea buttler. He had to work with electronics. He had to work with wood. That machine will light up and whistle when his tea is the right temperature. For him it was obvious. I have a problem I am going to go to Mixxer to solve it. There is no what is the coolest thing, there is no what is the most amazing thing because every day there is something amazing.

Anything else you would like Wake Community/Community at Large to know?

We would love for people to know that we are here, and that we have space for them if they need access to tools and resources. We can be a supplement to the Waker Space. We also are a place to get away! To clear your mind To get away from school. You do not have to go out drinking. SOmetimes that is what you want, but sometimes maybe that is not the best thing. Clearing your mind with something else might be better. We are here. Also, except for December Mixxer has an event called ConnExxpo. The second Friday of every month we cover a topic that probably a good chunk of the community has never explored. Some people might come in here and might focus on one or two things they like, but if you come to a  ConnExxpo,that is free and open to the public it starts out the first half hour with some food and you mingle. There is anywhere between 4-8 presenters each night, but then they each get five minutes for show and tell. The topic is different each time. We are connecting you with those speakers that you may have never come across in any other situation that are presenting about things that they are passionate about/making/experimenting with/building. After all of those 5 minute presentations you can now talk to whichever presenter you want to. You are getting the ability to connect with people in this expo typesetting that you might not have ever come across before. It puts you brain in a whole other place. Now a wood worker has seen what a 3D printer can do, and is thinking about how to use it in their work. In August we had music makers producing their own instruments and speakers! It was amazing to see people making their own instruments. There is always going to be something that you are fascinated by, and it is a great introduction to our culture! January-November the second Friday of each month. We are also now offering workshops of all different types, and they range from 20-150 dollars.